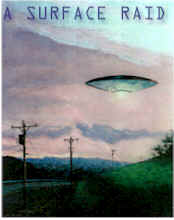 TTHC    263:   Dick's sub-agents at Scott Meredith felt free to comment on Dick's work as they received it. Some of the stories are rated: "G" for  "Good," "G plus" for better. Sometimes there are just comments, {...}
The readers' opinions had some effect on where a story was marketed {...} Many of the stories went through several spins of the wheel before being sold. "Surface Raid" ("Another of Dick's weirdies," reads the card) sold on its twelfth try.