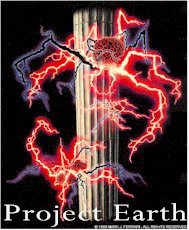 As for the newly discovered letters: the first batch is from '51-'53 and primarily focuses on the submitting and rewriting of short stories.

We learn that "Project: Earth" was submitted to F&SF in March of 1952 (and presumably rejected). We learn that Dick was in fact submitting stories to mainstream magazines such as The Saturday Evening Post in early '52, and that he asked Boucher's advice regarding an agent and as a result sent his stories wo Willis Wing (who turned him down) and then Scott Meredith. We learn that by March 5, 1952, he'd sold five stories: "Roog," "The Little Movement" and "Expendable" to F&SF, "Beyond Lies The Wub" to Planet, and "The Skull" to If.