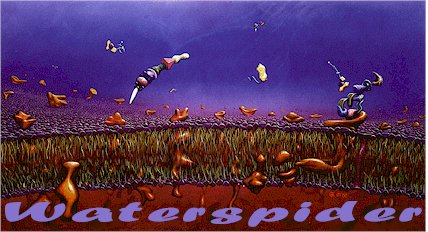 In answer to your letter of June 14, I talked to Poul Anderson and he will send a release to you regarding his part in my story WATERSPIDER. As to Kris Neville ... I think the solution there is for you to do this (and I'm not joking; please believe me). Remove the word "Kris" in the sentence "Kris is stoned again" and put in "Phil" so it reads "Phil is stoned again." Okay? It could be thought to refer either to me or to Philip Jose Farmer.
I think we can take a chance on the others, although if you are further worried you could delete the statements made by Ray Bradbury; that's all I'm at all concerned about, myself.

{Note: PKD's story "Waterspider" features Poul Anderson as one of the main characters. PKD refers also to himself and his stories, "The Variable Man" and "The Defenders". He also mentions several other science fiction writers of the period (Murray Leinster, A.E.Van Vogt, Margaret StClair, etc.). I get the impression that PKD visited the WorldCon held in the Bay Area in 1964 and met all these people and wrote this story -- although it was printed in If in the january 1964 issue...  Lord RC}