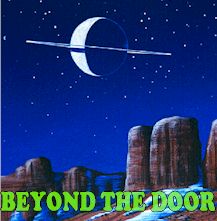 TTHC    263:   Dick's sub-agents at Scott Meredith felt free to comment on Dick's work as they received it. Some of the stories are rated: "G" for  "Good," "G plus" for better. Sometimes there are just comments, {...}
The agency, moreover, made more than one attempt to break their author through into the non-sf market. "The Cuckoo Clock" was submitted to Equire and Today's Woman, among others, before winding up at Fantastic Universe as "Beyond The Door."