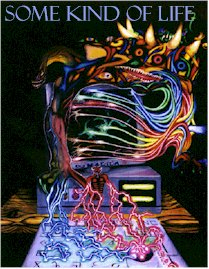 TTHC    265:   Only one of Dick's stories was published under a pseudonym, "Some Kinds Of Life," in the Fantastic Universe for October 1953, credited to one Richard Phillipps. This, however, only seems to have happened because the same issue of Fantastic Universe carried "Planet For Transients" -- by Philip K. Dick. {...}